IN NOVEMBER, ARROW PREMIERES A FEARFUL HORROR DEBUT, JEAN ROLLIN, A PARTY MASSACRE, AND THE PHANTOM OF THE MALL!

Key highlights this NOVEMBER on the essential, alternative streaming service ARROW include the exclusive premiere of Michael Venus’s extraordinary horror SLEEP, a season of films from the legendary director Jean Rollin that includes vampires, hitchhikers and demonic cults, the incredible, jaw-dropping DUDE BRO PARTY MASSACRE III, a beautifully-restored cult 80s slasher complete with extras, and so much more...

Nightmare and trauma. Fear and repression. Guilt and atonement. Weaving together the emotional violence of horror with the cryptic motifs of German folk and faerie tales, ARROW is proud to present SLEEP, the debut feature from a major new talent in genre cinema. Richly conceived and confidently told, director Michael Venus draws influence from Mario Bava, David Lynch, Franz Kafka and the Brothers Grimm, but his voice is uniquely his own. As invested in substance and story as he is in style, Venus claws his way down to the roots of what haunts a people, a community, a nation and comes up screaming.

There is no shortage of horror in November on ARROW with PHANTOM OF THE MALL: ERIC’S REVENGE, an interpretation of Gaston Leroux’s classic novel The Phantom of the Opera like no other - it was only a matter of time before the slasher genre decided to take a stab at the tale, here presented in three different cuts of the film - the theatrical release, censored TV version and the ‘Integral Fan Cut’; and the improbably named and incredibly entertaining DUDE BRO PARTY MASSACRE III, featuring the serial killer “Motherface” on the rampage - fireworks are guaranteed!

Also in November, an imaginary friend like no other, with DANIEL ISN’T REAL, featuring a star-making performance from Patrick Schwarzenegger, in a visually stunning, thought-provoking exploration of mental illness, entitlement and childhood trauma, perfectly tailored for our troubled times, and one of the most unique and captivating independent horror movies of recent years.

● Body at Brighton Rock
● Phantom of the Mall: Eric’s Revenge

Drift into a world where a pleasant sleep and bad dreams collide in Nightmares and Scary Tales. From deadly dreams to psychological chillers - and a selection of shadowy figures that send shivers down your spine - this is a collection guaranteed to keep you up at night.
Titles include: Sleep, Ringu, Dream Demon, The Snake Girl and the Silver-haired Witch, Empathy Inc.

Settle in for a season where the Western takes on the Giallo in a posse of straight-shootin’ and slicing and slashing films focussed on the work of actors and directors who have done both and decide which they were best at.

Jean Rollin: The Fantastique Collection Part 2
The second part of the Rollin season sees hardened criminals meeting their match in an unexpected fashion, genre star Françoise Pascal lost in a cemetery, and brutish pirates all at sea in sexy, supernatural Rollin style.

Titles include: The Demoniacs, The Iron Rose, Schoolgirl Hitchhikers, Requiem for a Vampire

ΑΓΓΟΨ
Yo, pledge! Welcome to ARROW’s very own new frat: ΑΓΓΟΨ! Actually, that’s ‘Alpha Gamma Gamma Omicron Psi’ to you until get through rush week and become a full brother or sister.

Out of Your Element
Zip up your warmest jacket all the way, don your extra thick socks and pull your woolliest woolly hat down real low as ARROW invites you ‘Out of Your Element’ and into a season of films that will force you to face the absolute worst of conditions and prove to the service that you’re a subscriber who has got what it takes.

A Place To Shop And A Place To Die
Journey back with us, if you will, to a time before online shopping where it wasn’t just prices being slashed. A simpler, deadlier time when cruising the mall, or your store of choice, for the latest fashions and CDs, or even just a visit to the food court could end in not just your pocket money being wasted - but you and your friends too.
Titles include: Phantom of the Mall: Eric’s Revenge , The Gruesome Twosome, Crow hand!!!, Sister Street Fighter: Fifth Level Fist

Tormented by recurring nightmares of a place she has never been, Marlene (Sandra Hueller, Requiem) cannot help but investigate when she discovers the place is real. Once there, she suffers a breakdown and is admitted to a psychiatric ward. Determined to discover what happened to her, Mona (Gro Swantje Kohlhof) her daughter, follows and finds herself in Stainbach, an idyllic village with a dark history/secret. What is it that so tormented her mother, and the people of Stainbach? What is the source of the nightmares she suffered? Who is the mysterious Trude that lives in the forest?

NOVEMBER 1: THE SHIVER OF THE VAMPIRE

A young honeymooning couple stop for the night at an ancient castle. Unbeknownst to them, the castle is home to a horde of vampires, who have their own plans for the couple.

NOVEMBER 1: THE RAPE OF THE VAMPIRE

After a psychoanalyst unsuccessfully tries to convince four sisters that they are not 200 year old vampires, the Queen of the Vampires promulgates the cause of the Undead.

A young man falls in love with a beautiful woman being chased by sinister masked figures at night. He tries to track her down, and learns she's being held captive by his father and colleagues who believe she's a vampire.

A couple is lost in a labyrinthine of streets. When they find their way out, they do not know where they are or how they got there.

Jean Rollin’s very first film, made when he was just 20 years old and it is, despite that, immediately obvious that this very much a Rollin film.

It was shot near the beaches of Dieppe, a stretch of coastline that Rollin would use in his films again and again, from Rape of the Vampire to Lips of Blood, though to Dracula’s Fiancée.

The film itself is a loose interpretation of Les Amours Jaunes (The Yellow Lovers), a collection of poems by Tristan Corbière from 1873 which focuses on loneliness and uses a series of apparently random Egon Schiele-like drawings intercut with the filmed beach footage to visually narrate the poem which is heard as a voiceover during the short film. An effect which helps convey the feeling of being between two worlds, a feeling attributed to Corbière which could just as easily be applied to Rollin himself.

Luke Nightingale, a lonely young boy with an emotionally unstable mother, invents a friend named Daniel who leads them both into a world of fantasy and imagination. After Daniel tricks Luke into doing something terrible, Luke is forced to banish him to the bottom of his subconscious. Twelve years later, Luke (Miles Robbins, Halloween 2018), now a college freshman, brings Daniel (Patrick Schwarzenegger, Midnight Sun) back — and he now appears as a charming, manipulative young man with a terrifying secret agenda.
Featuring star-making turns from a young cast, the film co-stars Sasha Lane (American Honey) and Mary Stuart Masterson (Skin).

A gang of pirates rape the two sole survivors of a ship wreck. The violated girls are rescued by the strange inhabitants of a supposedly haunted island, where they are granted supernatural powers to strike revenge against the pirates.

A young couple out for a walk decide to take a stroll through a large cemetery. As darkness begins to fall they realize they can't find their way out, and soon their fears begin to overtake them.

NOVEMBER 15th: REQUIEM FOR A VAMPIRE

Two girls on the run get lost in the French countryside, and wind up in a haunted chateau occupied by an ailing vampire and his servants.

Two female hitch-hikers get mixed up with a gang of thieves and their stolen jewelry.

A perky high-schooler takes on the mob in Sailor Suit and Machine Gun, a one-of-a-kind genre-bender that riffs on the yakuza film, coming-of-age drama and ‘idol movie’, inventively adapted from Jiro Akagawa's popular novel by director Shinji Somai (Typhoon Club, Wait and See), a massively influential figure in Japanese cinema whose work has been little seen outside his homeland.

Hoshi Izumi is a young innocent forced to grow up quickly when her father dies and she finds herself next in line as the boss of a moribund yakuza clan. Wrenched from the security of her classroom and thrust into the heart of the criminal underworld, she must come to terms with the fact that her actions hold the key to the life or death of the men under her command as they come under fire from rival gangs.

In the wake of two back-to-back mass murders on Chico's frat row, loner Brent Chirino must infiltrate the ranks of a popular fraternity to investigate his twin brother's murder at the hands of the serial killer known as "Motherface."

A park ranger spends the night guarding a potential crime scene on a remote mountain trail.

High school sweethearts Eric Matthews and Melody Austin are so in love, but their youthful romance is cut tragically short when Eric apparently dies in a fire that engulfs his family home. One year later and Melody is trying to move on with her life, taking up a job at the newly built Midwood Mall along with her friends. But the mall, which stands on the very site of Eric’s former home, has an uninvited guest – a shadowy, scarred figure which haunts its airducts and subterranean passageways, hellbent on exacting vengeance on the mall’s crooked developers.

Where to get it: 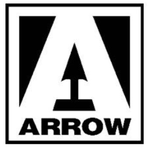