Married to the Mob

In between the beloved screwball thriller Something Wild and the Academy Award-winning The Silence of the Lambs, acclaimed auteur Demme helmed this sublime blend of madcap shenanigans, crime and social commentary, the type of genre balancing act he perfected throughout his varied and distinctive career. Inspired equally by the comedies of Preston Sturges and the real-life crimes of John Gotti, the screenplay by Barry Strugatz and Mark R. Burns is one of the great cinematic satires of the American mafia. It’s vividly brought to life by Demme, his steady creative collaborators—cinematographer Tak Fujimoto, editor Craig McKay and production designer Kristi Zea, a very game cast and a typically lights out soundtrack, featuring David Byrne, New Order, Q. Lazzarus, Debbie Harry, The Feelies, Tom Tom Club, Brian Eno and more! Married to the Mob has been restored in 2K from its original 35mm interpositive and comes loaded with a bevvy of extra features created exclusively for this edition!

Slipcover and booklet limited to 2000 copies

About Fun City Editions
Taking its name from the ironic moniker for late 1960s and '70s New York, Fun City Editions is a new boutique label focused on reissues of maverick repertory cinema that can best be described as works that exist "outside of their time." Spanning an array of genres, artists and countries, but with a unifying focus on forgotten and overlooked treasures, each Fun City release will present new restorations and comprehensive extras which contextualise and illuminate the artistic and historic value of the piece. Radiance Films is delighted to represent this excellent label alongside its own releases.

Married to the Mob is released on Blu-ray on 2nd January 2023. 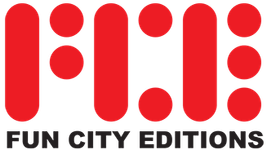