ARROW HAS A MAMMOTH NEW YEAR

Key highlights this January on the essential, alternative streaming service ARROW include a double helping of martial arts mayhem starring the incomparable Sonny Chiba, a definitive collection of films by Swedish director Lukas Moodysson, a diptych of Paul Joyce documentaries, one portraying a Hollywood legend and the other dissecting gender, alongside much more...

In January ARROW are proud to showcase the Lukas Moodysson Collection. Ever since his debut he was heralded as “a young master’s first masterpiece” by none other than Ingmar Bergman, Moodysson has been hailed internationally as one of Sweden’s greatest filmmaking talents, delighting and confounding audiences in equal measure.

The collection includes Moodysson’s first film, Fucking Åmål (released overseas as Show Me Love), heralded as a new queer cinema touchstone and one of the most authentic portrayals of youthful relationships on film; the bittersweet, satirical 1970s-set Together, in which the inhabitants of a commune try to reconcile their ideals with their hearts’ desires; the hauntingly bleak Lilya 4-ever, based on a real-life case of a Russian girl sold into sex trafficking in Sweden; the abrasive and semi-improvised A Hole in My Heart, detailing the messy (un)making of an amateur porn video; and the avant-garde Container, narrated in its English version by Jena Malone (Donnie Darko); his mainstream English-language debut with the expansive Mammoth, starring Gael Garcia Bernal and Michelle Williams; and We Are The Best!, the charming and funny tale of three schoolgirls starting a punk band in early-1980s Stockholm.

Moodysson’s eclectic filmography can now be appreciated as the work of a singular filmmaking voice, as avowedly uncompromising and unabashedly political as it is keenly observed, deeply felt and frequently hilarious - and you can see them all, together for the first time, on ARROW!

Also presented in January, The Executioner, and The Executioner II: Karate Inferno. Fists flurry and blood flows as legendary cult director Teruo Ishii (Shogun’s Joy of Torture, Horrors of Malformed Men) joins forces with martial arts legend Shin’ichi ‘Sonny’ Chiba in this bone-crunching double whammy of classic karate exploitation from Toei. Fans of the Street Fighter star will delight as Chiba pitches himself into a succession of freewheeling action and feisty fight scenes in this double dish of martial arts mayhem, all served up in director Ishii’s characteristically lurid style.

Seasons in January include: RAVENOUS CANNIBALS, with titles including Offspring, Cannibal Women in the Avocado Jungle of Death and The Hills Have Eyes; THE FIRST TIME featuring a host of film from legendary, cult and breakthrough directors; ADAM EGYPT MORTIMER SELECTS, the indie American director curates a season filled with cult classics, ranging from Branded to Kill to The Testament of Dr Mabuse.
ALSO SHOWING: Reel Women, a revealing documentary on women working in film; Marlon Brando: Wild One, an examination of the craft of the iconic star, narrated by professionals of the film industry, and much more…

Show Me Love (aka F★cking Amal)
Together
A Hole in My Heart
Container
We Are the Best!
Lilya 4-ever
Mammoth

Titles include: Branded to Kill, The Testament of Dr. Mabuse, Crash

Portrait of the Artist as an Unhinged Lunatic

Titles include: Demonlover; Beware of a Holy Whore; Naked Lunch

It looks like meat's back on the menu! Fasten your napkin securely around your neck, sharpen your carving knife and take a nice big juicy bite out of this collection of cannibalistic flicks sure to fill any tummies rumbling for gore, savagery and man-eating mayhem!

Titles Include: Cannibal Women in the Avocado Jungle of Death, Trapped Alive, Malatesta's Carnival of Blood

Titles Include: A Ghost Waits, The Bird With the Crystal Plumage, Donnie Darko

Ever since his debut was heralded as “a young master’s first masterpiece” by none other than Ingmar Bergman, director Lukas Moodysson has been hailed internationally as one of Sweden’s greatest filmmaking talents, delighting and confounding audiences in equal measure.

Moodysson’s first film, Fucking Åmål (released overseas as Show Me Love), tells the story of awkward smalltown teenager Agnes and her crush on popular classmate Elin, which unexpectedly blossoms into real-life romance; it was quickly heralded as a new queer cinema touchstone and one of the most authentic portrayals of youthful relationships on film. He swiftly followed this with the bittersweet, satirical 1970s-set Together, in which the inhabitants of a commune try to reconcile their ideals with their hearts’ desires.

After making his mainstream English-language debut with the expansive Mammoth, starring Gael Garcia Bernal and Michelle Williams, Moodysson returned to his roots with We Are The Best! (based on a graphic novel by his wife and ‘consigliere’ Coco), the charming and funny tale of three schoolgirls starting a punk band in early-1980s Stockholm.

Available together for the first time, Moodysson’s eclectic filmography can now be appreciated as the work of a singular filmmaking voice, as avowedly uncompromising and unabashedly political as it is keenly observed, deeply felt and frequently hilarious.

Titles Include: Show Me Love (aka F★cking Amal), Together, Mammoth

JANUARY TITLES - IN DEPTH
FROM JAN 2: THE EXECUTIONER

Ryuichi Koga (Chiba) is a descendent of the Koga Ninja school, now earning his living through more nefarious means as a gun for hire. When he is enlisted to take down a drug cartel alongside Hayabusa (Makoto Sato), a disgraced former narcotics detective now operating within the criminal underworld, and renegade Aikido master Sakura (Eiji Gō), tensions grow among this three-man team of ne'er-do-wells as each come to question each other’s motives.

Koga returns in the even more gung-ho follow up, Karate Inferno, as the ringmaster of a gang of thieves plotting to steal a priceless jewel from a master criminal.

Interviews with women directors working in Hollywood and Europe in the early 1990s, exploring the opportunities and obstacles that face them. A program made to accompany a Channel 4 season of films directed and produced by women.

FROM JAN 20: MARLON BRANDO: WILD ONE

An examination of the craft of Marlon Brando, narrated by professionals of the film industry. The film follows his career from the stage with A Streetcar Named Desire, through the Actors Studio and professional relationships with Elia Kazan and Stella Adler to Hollywood. An actor who redefined the limits to which a professional may go in becoming the character not only intellectually but emotionally, Brando changed the meaning of film acting.

Åmål is a small insignificant town where nothing ever happens, where the latest trends are out of date when they get there. Young Elin has a bit of a bad reputation when it comes to guys, but the fact is that she is inexperienced in that matter. Another girl in her school, Agnes, is in love with her but is too shy to do anything about it. For different reasons, Elin ends up at Agnes' birthday party as the only guest. They have a girl's night out together but after that Elin desperately avoids Agnes, refusing to even consider her own homosexuality.

Elisabeth leaves her abusive and drunken husband Rolf, and goes to live with her brother, Göran. The year is 1975 and Göran lives in a commune called Together. Living in this leftist commune Elisabeth learns that the world can be viewed from different perspectives.

A HOLE IN MY HEART

Poetic, experimental and different, Container is described by Lukas Moodysson as "a black and white silent movie with sound" and with the following words; "A woman in a man's body. A man in a woman's body. Jesus in Mary's stomach. The water breaks. It floods into me. I can't close the lid. My heart is full."

WE ARE THE BEST!

Three girls in 1980s Stockholm decide to form a punk band -- despite not having any instruments and being told by everyone that punk is dead.

Lilja lives in poverty and dreams of a better life. Her mother moves to the United States and abandons her to her aunt, who neglects her. Lilja hangs out with her friends, Natasha and Volodya, who is suicidal. Desperate for money, she starts working as a prostitute, and later meets Andrei. He offers her a good job in Sweden, but when Lilja arrives her life quickly enters a downward spiral.

While on a trip to Thailand, a successful American businessman tries to radically change his life. Back in New York, his wife and daughter find their relationship with their live-in Filipino maid changing around them. At the same time, in the Philippines, the maid's family struggles to deal with her absence.

Where to get it

Specially curated by members of the ARROW team, ARROW will be home to premium film and TV entertainment, exclusive new premieres, cutting edge cinema, international classics and cult favourites - such as the works of Lars Von Trier, Brian De Palma, Dario Argento, David Cronenberg and Park Chan-wook - plus the very best in acclaimed TV series, including The Bridge and Italian crime series Gomorrah, and brand-new short films from both new and established filmmakers. In the coming months, ARROW will be adding Oscar-winning hits, European classics, Asian cinema masterworks, rediscovered Westerns, offbeat gems and much more, along with such festival favourites The Sacred Spirit and Dinner in America as part of
ARROW’s international strategy to support and celebrate the medium of film. 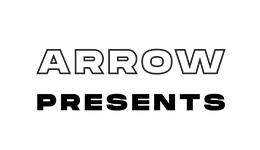