Police discover an elite fight club where they find seven underground levels, filled with the dead bodies of fighters from around the world. Only one man is found left alive. The task force has to work out if he’s a mass murderer or the lone survivor?

“KNUCKLEDUST is set in a hyper stylized version of the world we live in, fusing neon dreams with bone breaking claret soaked fights, a graphic novel come to life. We have a brilliant international cast and I’m so excited to finally share this wild universe with the world.” James Kermack - Writer & Director

Both leads actors felt the script was for them immediately, with Moe Dunford (Vikings) describing the film as “completely bonkers and unlike anything I had ever read” whilst Kate Dickie (The Witch) felt it was “A headf★★k in the best possible way”.

The film is being made in association with Head Gear Films, OneWorld Entertainment, Trigger Films, Onsight and IIW Studio.

The deal was negotiated by Miles Fineburg on behalf of Samuel Goldwyn Films and Gregory Chambet of WTFilms on behalf of the filmmakers. 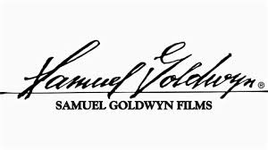