Expand the realms of possibility for animation this month with the Screen Anime channel’s latest line-up that celebrates experimental techniques, and anime’s rising influence in other mediums. Leading this latest curated roster of films is Tokyo Ghoul, the Japanese live-action adaptation of Sui Ishida’s internationally bestselling horror manga, that previously inspired the beloved anime franchise.

Screen Anime also invites you to experience new techniques and ideas in anime with The Case of Hana & Alice, a coming-of-age mystery celebrated for its use of rotoscoping, a technique of tracing live-action footage to create realistic motion seen in later films like 2017’s Loving Vincent. Director Masaaki Yuasa has proven himself to be a favourite among Screen Anime fans, and there’s no better showcase of why that is than his aptly-named experimental feature debut MIND GAME, which Time Out New York called “one of the best animated movies ever made”.
Rounding up this latest line-up of spectacular anime is Summer Days with Coo, a folklore-driven family adventure from Keiichi Hara, director of Birthday Wonderland and Miss Hokusai.

PREMIERE: TOKYO GHOUL (15)
Quiet and bookish, Ken Kaneki (Masataka Kubota) was all but dead to a world living in fear of “Ghouls”: creatures who not only share our skin, but crave its taste. When a nightmarish encounter leaves him a human-ghoul hybrid however, Ken finds himself taken under the wing of those he once considered monsters and fighting to protect them from a vengeful hunger that will leave him asking what it truly means to be inhuman. A gripping and gory live-action horror based on the hit manga!

CLASSIC: MIND GAME (15)
Nishi has always loved Myon since they were little. And now as adults, he wants to pursue his dream of becoming a manga artist and marrying his childhood sweetheart. There's one problem, though. She's already been proposed to and thinks Nishi is too much of a wimp.
But upon meeting the fiancé while at her family's diner and accepting him as a good guy, they encounter a couple of yakuza, only to have Nishi grasp a certain revelation. And, with his newly acquired look on life, adventures abound as he, Myon, and her sister, Yan, escape the yakuza into a most unlikely location where they meet an old man...
The directorial debut of Masaaki Yuasa (Night is Short, Walk on Girl).

FESTIVAL FAVOURITE: THE CASE OF HANA & ALICE (12)
Alice, a transfer student to Ishinomori Middle School, hears a strange rumour that one year ago, "Judas was killed by four other Judas" in Class 1. While investigating, Alice discovers that the only person who may know the truth, Alice's classmate Hana, lives next door to her in the "Flower House" that everyone is scared of...
Eager to know more about the "Judas" murder, Alice sneaks into the Flower House to ask the reclusive Hana for more information about the Judas murder and why she's a recluse. The chance meeting of Hana and Alice sets them off on an adventure to solve the mystery of the "smallest murder in the world."
Winner: Audience Award - Scotland Loves Anime 2015.

CURATED: SUMMER DAYS WITH COO (PG)
Life changes for fourth-grader Koichi Uehara when he picks up a fossil on his way home. To his surprise, he has picked up a baby Kappa, a mythical water creature, who has been asleep underground for the past 300 years. Koichi names this baby creature “Coo” and brings him to live with his family, and soon the two are inseparable friends.
However, trouble abounds as Coo struggles to adjust to life in suburban Tokyo, and begins to miss his family, leading Koichi and Coo to embark on a summer road trip adventure in search of other Kappa. From Keichi Hara, the director of Birthday Wonderland. 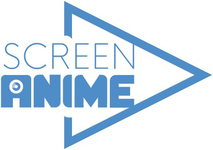